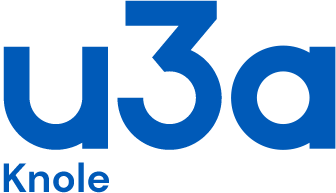 Our group has read three very different books over the summer months, which may be of interest to other Knole members for their remaining summer reading and for the autumn.

"Where the Crawdads Sing" by Delia Owens

A story of a young girl abandoned by her family, as one after another leave, to live alone in a shack on the marshes of the North Carolina Coast. Known as the Marsh Girl she somehow manages to survive with the help of a couple of neighbours. Despite having no formal education she educates herself with the help of a boy who befriends her and becomes an expert in the natural life of the marshes. As she matures two young men pursue her from the nearby town. The eventual outcome has some surprises.

A story of the evacuation of Paris as the Germans advance on Paris in the Second World War. Many people of different social classes rushing to leave by car, by train even walking taking all they could carry with them. The journey fraught with danger as the Germans attacked trains and cars. A ceasefire was called and some people returned home to find their homes untouched.

The later part of the book describes how the locals, evacuees & German troops learned to uneasily live with each other in a small French town during the occupation until the German troops were recalled to fight on the Russian front.

"The Universe versus Alex Woods" by Gavin Extence

An unusual book about a boy hit by a meteorite and his subsequent epilepsy. Fatherless and with an eccentric mother he is a strange but very intelligent boy. The story details his friendship with an elderly American Vietnam veteran and the various adventures they have.

There are some amusing incidents in the book, which ends rather sadly.